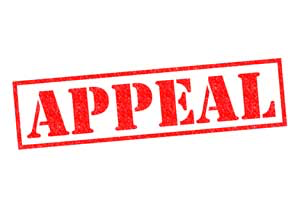 Prejudice is Presumed When Counsel Disregards Defendant’s Instruction to Appeal

Newly-sentenced defendants (and many attorneys for that matter) often wonder whether to appeal a conviction and sentence, despite having agreed to an appeal waiver during the plea bargaining process. Regardless of any particular defendant’s prospects of prevailing on appeal, the U.S. Supreme Court recently made clear that trial counsel’s failure to timely file a notice of appeal pursuant to his or her client’s instructions is deficient, prejudices the client, and therefore deprives the client of his constitutionally-guaranteed right to effective assistance of counsel.

In Garza v. Idaho, the defendant signed two plea agreements to resolve state criminal charges.  Each plea agreement contained an appeal waiver, which in this case was a clause stating that the defendant “waive[d] his right to appeal.”  Shortly after the sentencing hearing, the defendant told his lawyer that he wanted to file an appeal.  The lawyer, however, did not file a notice of appeal, and told his client that “an appeal was problematic because he waived his right to appeal.”  The appeal window closed with no notice having been filed on the client’s behalf.

Four months after the sentencing hearing, the defendant sought post-conviction relief in Idaho state court.  He argued that his trial counsel was ineffective because he did not file the notices of appeal on his behalf.  The Idaho trial court, Court of Appeals, and state Supreme Court all concluded that the defendant did not demonstrate that his trial counsel’s performance was deficient and that he was prejudiced as a result.  In affirming the lower courts’ decision, the Idaho Supreme Court concluded that the presumption of prejudice, previously recognized by the U.S. Supreme Court in Roe v. Flores Ortega, does not apply when a defendant has agreed to an appeal waiver.

The U.S. Supreme Court disagreed.  It held that the defendant was, in fact, prejudiced because “prejudice is presumed” when trial counsel’s “constitutionally deficient performance deprives a defendant of an appeal that he otherwise would have taken.” The Court further explained that the presumption of prejudice is not diminished just because a particular defendant has poor prospects on appeal or fewer possible claims than some other appellants.

Garza’s takeaway is simple and straightforward.  Appeal waivers – even those that seem to foreclose all possibility of success on appeal – should not discourage a defendant or his counsel from timely giving notice of appeal if the defendant so requests. Criminal law is constantly evolving, and appealable issues that might appear to fall within the scope of a waiver at first glance might not be subject to dismissal. For example, while federal prosecutors will almost always pursue dismissal of an appeal that raises issues that are squarely within the scope of a valid appeal waiver, Garza re-confirms that prosecutors have discretion as to whether to seek the enforcement of the waiver. Additionally, matters concerning the constitutionality of a statute (and whether a criminal offense has been committed at all) arguably are never subject to waiver.

That said, Garza also does not mean that trial counsel should always indiscriminately give notice of appeal prior to a full discussion with the client. For example, in some cases, an ill-considered appeal might undermine a defendant’s ability to pursue a sentence reduction through a Rule 35 motion. When a defendant expressly declines to pursue an appeal, the best practice is to adequately inform him of his appellate rights and then secure written confirmation that he elects not to appeal. Alternatively, if a defendant is not certain, trial counsel should give notice of appeal to preserve the defendant’s appellate rights.

Getting Home: A Guide to Securing Federal Pre-Trial ReleasePrev
Disseminators, Not Just Makers, of Fraudulent Statements Can Be Held Liable Under Rule 10b-5Next