Most federal drug offenses are found in Title 21 U.S.C. §§ 801 et seq. Section 841 prohibits the knowing or intentional manufacture, distribution, or dispensation of federally defined controlled substances.  The statute also makes it illegal to possess with the intent to manufacture, distribute, or dispense dispense a controlled substances.  Counterfeit substances are are equally prohibited. A defendant’s potential sentence is impacted by the quantity of the drug at issue. 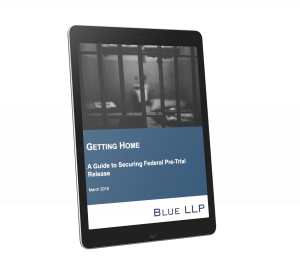 If you would like detailed information about the early stages of a federal criminal prosecution, download our free guide, “Getting Home: A Guide to Securing Federal Pre-Trial Release.”
How Can We Help?