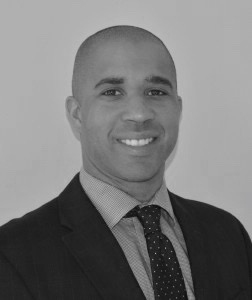 Mr. Blue also represents civil plaintiffs and defendants in complex commercial litigation that includes class action lawsuits alleging claims for securities fraud, unfair and deceptive trade practices, and unlawful employment practices.  He has been recognized by Super Lawyers and Business North Carolina for his outstanding work on behalf of his clients.

United States v. Simms, 914 F.3d 229 (4th Cir. 2019) (en banc).  Successfully briefed and argued before the U.S. Court of Appeals for the Fourth Circuit, sitting en banc, that 18 U.S.C. § 924(c)(3)(B) is unconstitutionally vague, and that conspiracy to commit Hobbs Act robbery is not a “crime of violence,” as defined in § 924(c)(3)(A).  Both issues were matters of first impression in the Fourth Circuit, and the ruling established new Circuit precedent.

United States v. Peterson, No. 5:16-cr-37-BR (E.D.N.C.).  Effectively cross-examined law enforcement agents and argued to the district court that a 27-year old man who had been accused of participating in a federal drug trafficking conspiracy and faced a mandatory minimum ten-year sentence, despite having no prior felony convictions, was subjected to an illegal search and seizure. Following a hearing on a motion to suppress, which was granted, all charges were dismissed, resulting in the client’s immediate release from custody.

Nieman v. Duke Energy, No. 3:12-cv-456-MOC (W.D.N.C.).  Liaison counsel on behalf of a class of investors that alleged federal securities fraud arising from the termination of Progress Energy’s then-CEO immediately following the merger of Duke Energy and Progress Energy.  The case resulted in a $146.25 million settlement, one of the largest securities fraud settlements in the Fourth Circuit.

Olilla v. Babcock & Wilcox et al., No. 3:17-cv-00109-MOC (W.D.N.C.).  Liaison counsel on behalf of a class of investors who alleged securities fraud arising from alleged material misstatements and omissions regarding the viability of the defendant’s renewable energy projects.  The case resulted in a $19.5 million settlement.

United States v. Evans, No. 15-5604 (S.Ct.).  Filed a petition in the U.S. Supreme Court challenging a client’s sentence under a provision of the Armed Career Criminal Act that had been deemed unconstitutionally vague in another case.  The petition was granted, the sentence was vacated, and the case was remanded to the district court.

United States v. Harrelson, No. 7:16-cr-30-D (E.D.N.C.).  Represented a client indicted on federal drug trafficking charges arising from a physician’s over-prescription of opiate painkillers.  All charges against the client, who was a patient of the doctor, were dismissed because an expert opinion established that the client’s blood work demonstrated that she abused painkillers and was addicted to opiates, not a drug trafficker.

Ridolfo v. BK Beverages, LLC et al., No. 3:07-cv-217-MR (W.D.N.C.).  Represented the majority shareholder of a publicly traded beverage company accused of breach of contract and tortious interference with contract by a former employee who claimed an ownership interest in the company.  Obtained a complete dismissal with prejudice in favor of the majority shareholder at the motion to dismiss stage.

United States Court of Appeals for the Fourth Circuit